Back To Insights
Energy Management
Next Insights

Bee’s – During my life without actually thinking too much, I have had this affinity of the Bumble Bee, I ...

During my life without actually thinking too much, I have had this affinity of the Bumble Bee, I actually was stung by one when I was 2 years of age and I remember the pain so vividly. I actually knelt on it not knowing what it was, and the bee managed to get his sting into me before it was killed, I believed. This led to my Dad having to go up in the loft to see where they were all coming from. Well my Dad jumped down from the loft within seconds as there was the biggest Bees Nest he had ever seen. Not only was it in the shape of a pillow but it was vibrating immensely. It took a specialist the whole day to get the nest under control and it was removed environmentally to a safer place to become a Beehive.

Since then now Fifty-Four Years later and possibly more Bee accidents and Wasp stings I would like to admit, I have gained an increased appreciation of the Bee. Even in the last month and after speaking with Jenny Bailey, Conservationist, Co-Founder and Author at the Tales from Mother Earth, I have learnt even more, and her inspiration has infused my company B2B Energy Ltd to purchase 10 of her books and distribute them to my local schools.

I was always aware that the Bee was an important creature in our world but after watching a BBC Programme called “What would happen if bees were extinct” I was totally shocked.

If there were no bees in the world there would probably be no world due to the Bee providing a very high percentage of the global pollination and the world’s population of 7 million people would not be sustained. Now we all enjoy a simple glass of wine well there would not be grapes  so there is one of many luxuries that would go (not that I am a drinker of wine) but I know how we can take all this for granted.

When I spoke with Jenny I then really began to take this more seriously and I began to understand that our Bees were declining, and after researching this further found that their habitats are eroding, we are replacing areas with crops which do not support the Bee, there is a Bee Mite which lives on the Honey Bee (surprising small) known as a destructor weakening the Bee by sucking on its blood. It will kill a colony of Bees. This is just half the story we have pectise issues and of course Global Warming.

Research has shown that the Bee has been extinct before but there was an Ice Age. Due to evolution we see the return of the Bee.

As human beings what can we do to help this decline, can we help it? For me it is like the question of Climate Change we possibly cannot change nature, but we can have a good attempt to slow things down and help the environment we live in. Not everyone will have the appetite for this I am sure even in today’s world when our life is expecting change to our world and we are doing our best to adapt.

There are some small things we can do:

Since speaking with Jenny and reading more of this, I have created a small tub area with a meadow, I have planted some Lavender in pots and built a ‘Bee Bath’ It makes you feel so much better when you have done the right thing by nature.

Training plan for the year ahead

Is this years energy data worth reviewing?

Circular economy for renewables – Is this being addressed?

With kWh savings, you do not need ‘Sales’

Energy is your 3rd largest expense after buildings and people!

If you want to discuss your energy career book a call with Paul.

Book A Call With Paul 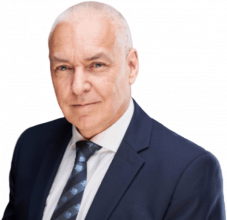